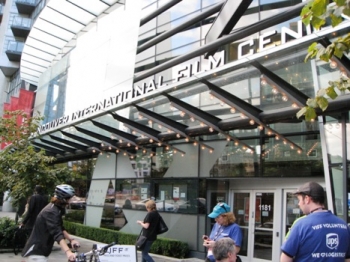 The Vancouver International Film Festival's Dragons and Tigers program introduces the most exciting cinematic talents from East Asia.  Among the films that will be presented, many of them significant premieres, are four Filipino films, which are included in the list of nominees for the distinguished Dragons & Tigers Award for Young Cinema.

Below is a list of Filipino film titles and schedule of their International and North American premiere at the Vancouver International Film Festival VIFF which will run from September 29 to October 14, 2011 in Vancouver, British Columbia, Canada.

"Vincent Sandoval's fine short, shown here last year, has blossomed into an excellent debut feature.  The basic situation is unchanged: Sofia (played by Sandoval himself) is babysitting a teenage boy in Talisay but moonlights once a month as an expensive hooker in Manila.  Now, though, Sofia's past comes back to haunt her in a violent struggle for the political future of her rural community." - VIFF

"Films about filmmaking are usually a bust, but Marlon Rivera's lacerating satire is a real exception. A hotshot young writer-director is etting up his "realist" materpiece about a slum dwelling woman who sells her young daughter into prostitution; he's already dreaming of all the festival prizes which will roll in.  But there are issues about the casting, the financing, and ultimately the story itself..." - VIFF

"Eduardo Roy, Jr.'s vivid debut feature is set entirely in and around a very busy maternity ward in the run up to Christmas.  It's the fiction equivalent of a Frederick Wiseman institutional documentary, although the problems faced by one overstretched, underpaid nurse (Diana Zubiri) provide a central thread." - VIFF

"Jeffrey Jeturian's first movie since The Bet Collector is so-dirferent social satire.  A middle-class family in Manila is burgled while everyone is attending a Nativity play and midnight mass on Christmas eve.  As the police investigate, family secrets and lies come tumbling out of the closet... Stars Tirso Cruz III, Raquel Villavicencio and Jennifer Sevilla." - VIFF